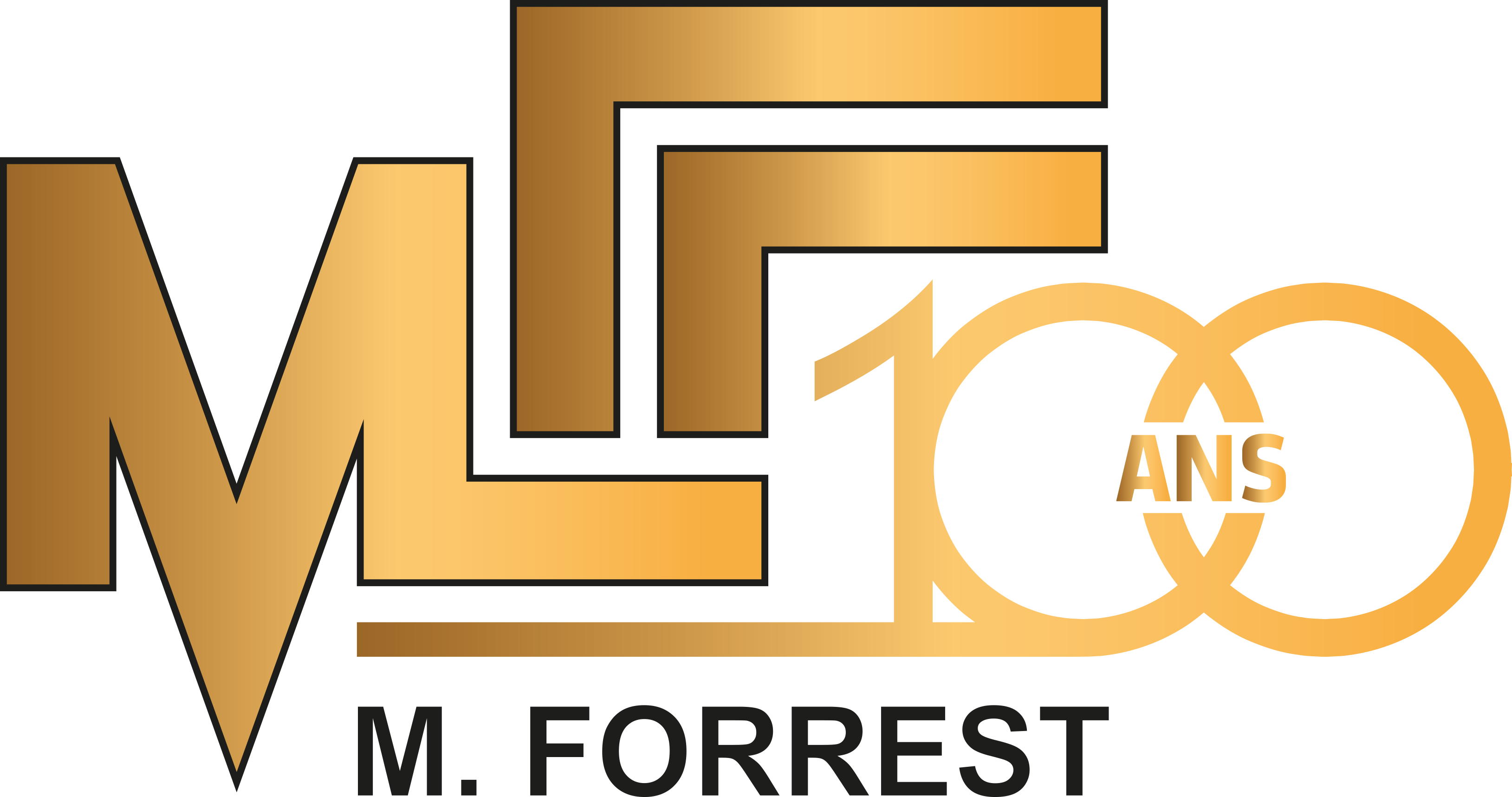 On February 2, 2022, Entreprise Générale Malta Forrest (EGMF) celebrates 100 years of activity and uninterrupted presence in the Democratic Republic of Congo.

It is the oldest private Congolese company that has retained its name and family structure. Since its creation, the company has been owned and operated by the Forrest family.

The company has acquired unique know-how, the result of a century of experience and a mastered knowledge of the country’s realities and local requirements.

Entreprise Générale Malta Forrest is present throughout the territory of the Democratic Republic of Congo and has offices in the 4 main cities of the country: Kinshasa, Lubumbashi, Kolwezi and Kalemie. It employs nearly 2,000 people and favors local employment, more than 98% of its staff is of Congolese nationality. 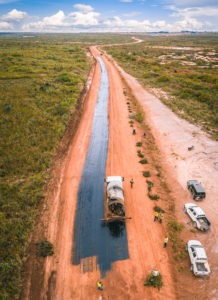 Privileged partner of private and public companies, with which it collaborates for the construction and renovation of the country’s infrastructure, EGMF imposes very strict quality standards, in line with international standards.

In Congo, EGMF is one of the first companies to have associated a social aspect to its activities. Social dynamics are an integral part of corporate culture. Since its creation, the company has developed initiatives for the benefit of its employees, their families and the local population as a whole. Like Groupe Forrest International, of which it is the first company, EGMF applies strict policies guaranteeing compliance with its legal obligations, both national and international.

“The celebration of our 100th anniversary is not only the testimony of a century of know-how, innovations and successful investments, but it also testifies to the confidence that our customers and the authorities of the country show to Entreprise Générale Malta Forrest (EGMF) and to the companies of the Groupe Forrest. »

« We can be proud of the long list of achievements and efforts over the past 100 years. At the dawn of a new century, we are enthusiastic and confident in the future, ready to take up with optimism the new challenges that await the Democratic Republic of Congo.” 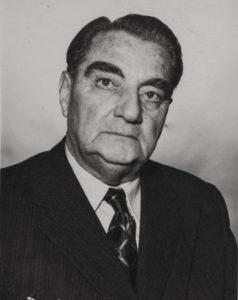 Entreprise Générale Malta Forrest was created in Kolwezi (DRC) in 1922 by Malta Victor Forrest, a 15 years old young man from New Zealand. Originally a transport company, EGMF turned towards mining (copper, manganese, gold) in 1933 and, in the early 1950s, developed its own civil engineering and public works activity.

Since then, the company has built hundreds of kilometers of roads, road infrastructure, engineering structures, buildings and even airfields in Central Africa. 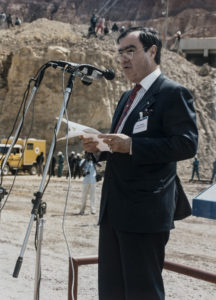 In the 1990s, when the country was ravaged by war, few foreign investors were inclined to develop in Congo. George Arthur Forrest made the decision to stay and continue to invest as he always has. 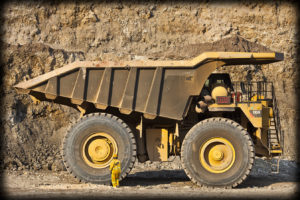 In the 1990s, George Arthur Forrest was the first private investor to propose to the Zairian authorities and Gécamines to relaunch the mining activity, then in a state of virtual bankruptcy, in a new form. He presented the public monopoly with the alternative of mixed partnerships, associating Gécamines with private capital.

In 1995, EGMF, in partnership with Gécamines and Union Minière, started mining the Kasombo cobalt deposit. On the strength of its experience in the field, EGMF was entrusted with the operation of the Luiwishi mine in 1997 and that of the Kamoto underground mine in 2006. EGMF also participates in the revival and development of numerous mines in the DRC, including those of KOV, T17, Mashamba, Kinsenda, …

Since 2018, EGMF and Groupe Forrest have stopped all activity in the mining sector.

In the early 1950s, the Special Committee of Katanga entrusted EGMF with the construction of the sewer and road network for the city of Kolwezi, as well as its aerodrome. It was at this time that the company converted to civil engineering activities. It will then play an important role in building the infrastructure of the Katanga region and will tirelessly continue its activities through all the political and economic crises that the country will experience after its independence. 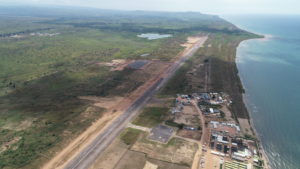 From 1950 to today, EGMF has built hundreds of kilometers of roads, road infrastructure, engineering structures, buildings and even airfields.

Among the most recent achievements of EGMF in the Democratic Republic of Congo:

In the Democratic Republic of Congo, where the majority of its companies are based, the Groupe Forrest is an important private investor and employer, a major taxpayer of the Congolese State.

In addition to the EGMF businesses, the Forrest International Group now covers a wide range of activities. 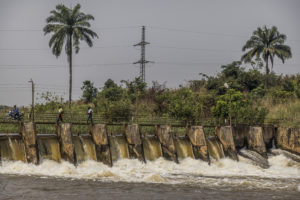 Since 2013, to deal with the energy deficit and exploit the tremendous potential of the DRC, the Group has made electricity a priority area for development. This translates into the rehabilitation of hydroelectric power stations, the construction of production infrastructure and the development of renewable energy projects. In this sector, the Group has acquired a unique and recognized experience, thanks in particular to a perfect knowledge of the field and the technical requirements. This expertise is reinforced by partnerships with international brands (Siemens, Schneider Electric, Beka Schréder, Sunna Design, etc.) and two electrical workshops, in Kinshasa and Likasi.

The Forrest Group remains active in the industrial field with a mechanical workshop and a foundry in Lubumbashi.

In the field of health, Groupe Forrest International is the sole shareholder of the Centre Médical de la Communauté (CMC), a quality hospital structure based in Lubumbashi. The CMC has a maternity ward, a neonatology department, a fifty-four-bed hospitalization unit, an emergency center, a gastroenterology and digestive endoscopy department and complete medical imaging equipment (scanner, radio, ultrasound machines). Doctors and specialists benefit from continuous training given by world-renowned specialists. Today, the CMC is a reference center, where medicine is practiced according to international standards. Since 2020, the CMC has been at the forefront of vaccination and the fight against COVID-19.

From 1992 to 2015, Groupe Forrest diversified its activities in the field of cement. At the head of CIZA (Cimenterie du Zaire), George Arthur Forrest succeeded, in a few years of sound management, in multiplying production by five and lowering the sale price of a bag of cement.  In 1997, the company changed its name to Cimenterie de Lukala (CILU) and established on the Congolese cement market by assuming more than 70% of the national annual production. In 2010, the Heidelbergcement Group (3rd largest cement group in the world) bought 55% of the shares of CILU and thus became the majority shareholder. In June 2015, Groupe Forrest International sold its remaining shares to the German Group and thus left the management of CILU. 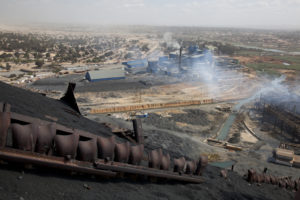 In 1997, the Forrest International Group initiated, in partnership with Gécamines and the American company OMG, a 165 million dollars project: the Société du Terril de Lubumbashi (STL). Using state-of-the-art technology, STL treated the slag from the heap and produced an alloy containing cobalt and copper. The production capacity was over 5,000 tons of cobalt per year and 3,000 tons of copper. In 2018, Groupe Forrest International and Gécamines entered into an agreement providing in particular for the transfer of ownership of the plant to Gécamines.

In 2009, in the field of aviation, Groupe Forrest International launched a regional aviation company, Korongo, based in Lubumbashi, in partnership with Brussels Airlines. It operated in Africa, nevertheless respecting the safety criteria applicable within the European Union and issued by the International Civil Aviation Organization (ICAO). In 2015, Korongo ceased its activities.